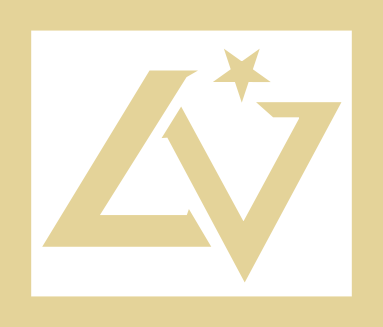 [
More than a century of history
in our bottles

History of the estate

The site known as La Verde – located to the west of Vacqueyras Appellation zone – was already present on the Cassini Map which was the first-ever map of France drawn in the 18th century.

As early as the 19 th century, the Domaine de la Verde was awarded many medals at national or international competitions. In particular, a gold medal at the 1889 Paris World Fair for which the Eiffel Tower was built but also at Lieges then Brussels World Fair respectively in 1905 and 1910.

It was in 1963 that the Camallonga family acquired Domaine de la Verde and for three generations, they have gone to great lengths to grow top-quality grapes vintage after vintage.

The wines produced -elegant and well-balanced- perfectly bring out the natural terroir characteristics of La Verde.

The terroir of La Verde

The estate is a single piece of vineyard at a place known as “ La Verde” to the west of the Vacqueyras Appellation producing a “cru” of the Rhône Valley.

The vineyard is located in a remote place fringed by woodlands perched on cliffs overlooking the Ouvèze River with the finely chiselled Dentelles de Montmirail and the mythical steep slopes of the Mont Ventoux in the background. The roots of the vines- aged 42 years old on average- delve down into the sandy-clay soil.

The vineyard of La Verde benefits from a distinctive microclimate : low rainfalls and abundant sunshine help the grapes to reach perfect ripeness. The Mistral- the emblematic strong cold wind blowing from the North- has beneficial drying effects after rainy spells. Temperature differences during the vegetative cycle impart aromatic finesse to our wines.

The wines of La Verde are characterized by their finesse, opulence and originality coming from a wide range of grapes varieties like Grenache, Syrah, Mourvèdre, Cinsault, Clairette, Bourboulenc etc… Each of these varietals brings their own style and personality to the final blend.

The vines are grown according to eco-friendly principles. The grapes of each varietal are picked, sorted several times and vinified separately in order to preserve their own individual characteristics. It is only after being matured in oak barrels or tanks for months that the wines are blended together with the aim of striking the perfect balance.

Vacqueyras, A Cru of the Rhone Valley

The power of balance ! The original vineyard, nestled at the foot of the Dentelles de Montmirail, can be traced back to the 15th century.

Vacqueyras Appellation is the result of hard work and dogged perseverance and it is in 1990 that the zone achieved Cru status. It is the only AOC permitted to produce wines in the three colours: red, white and rosé.

These are convivial wines to share with friends and note that Vacqueyras is the official wine of the well-known Festival d’Avignon, the most famous theatre and performing arts festival in the world.